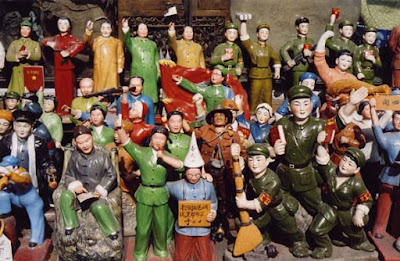 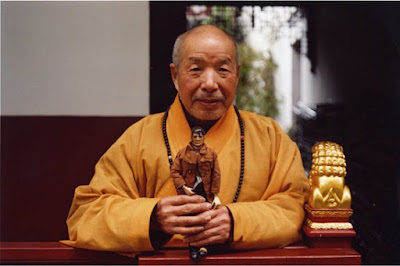 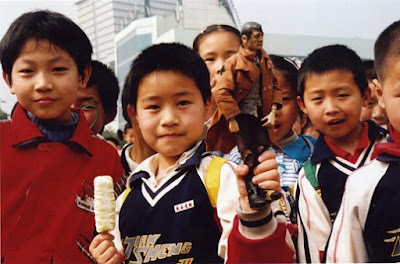 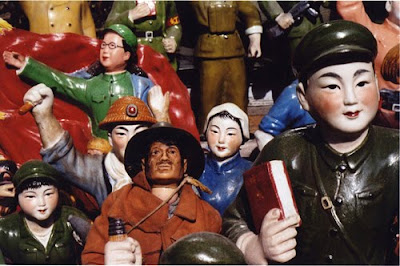 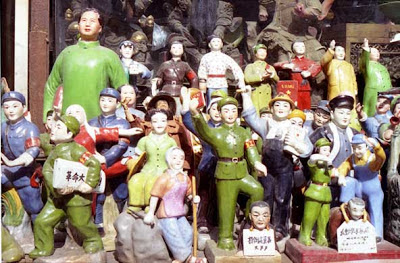 Joe and The Cultural Revolution 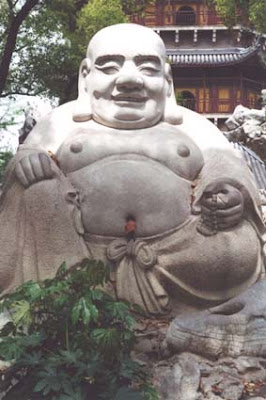 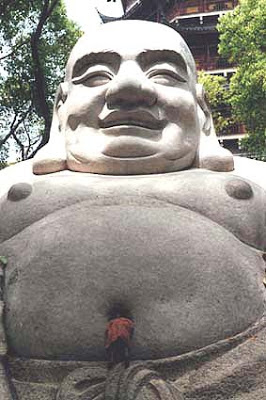 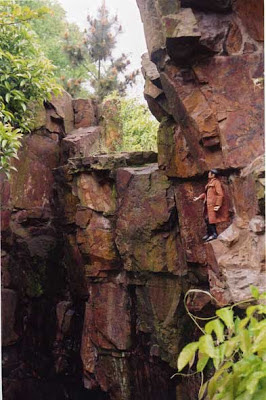 Photos and Journey by Charlie Citron

In Joe Goes Around the World, I have appropriated my childhood toy, Joe the Cowboy, to deconstruct his image and question his identity. As a child I became him and him me, but somehow we always remained separate. The difference in my opinion is between the power of popular images and the actual time of human awareness. I have specifically juxtaposed Joe to religious sites, [ also popular images.], tourist sites, intercultural scenes, and fantasy landscapes which become defined by Joe's identity as a satire. All the while, I photograph him with people, children, adults, a policeman, Chinese restaurant workers, a Polish businessmen on 5th Avenue in NY, in the Amsterdam Red Light District, in Macedonia with skin heads, with Buddhist monks in China, in a sugar cane village in India, etc. The point is these photos are actions, street performances, spontaneous and momentary, which in the end are more defined by the background than Joe. In this way the pattern of creating subjects is very specific and obsessive. Have you ever heard yourself repeating some mantra about who you are! Where you are from? What you do? Stereotypes define your identity.

What happens behind Joe in the photos is real life, but what happens behind real life is Joe. The Taj Mahal, The Wailing Wall, The Empire State Building, The Mosque, The Old town in the West. All staged media until you are actually there but even when it is a familiar landscape, historical, religious, tourist sites are seen through the stage of history and memory. We familiarize ourselves with cultural identity through popular images.

Joe as a popular image becomes very contradictory We may love Joe for his Western values. Or we may hate him for them. We separate ourselves from him, but we are like him... appropriating images... acting like image nomads… He is the embodiment of The Western Hero,. The Good The Bad The Ugly. He is a humanist, because he also represents liberality, play, secularism, The New World. A Cultural Revolution. He is an immigrant. He represents a movement away from cultural ethnicity or cultural authenticity.

I want to use Joe to evoke reactions from the viewers, to pull out peoples prejudices, to challenge their morality, to see how aesthetics and ethics combine. I realized a long time ago that I was spoon-fed history which was oriented towards the new European civilization in America. Westerns are surreal intercultural films. Entirely staged events. The dialogues are often psychotic. You don't want too watch the good family, who runs a store and sells socks. We want the great conflicts of old between good and evil. I am stripping Joe's identity, he is a mask or persona. I don't agree with his image of humanity, so I use him to question my own identity and the identity of others. These are photos after all. See them in a serial form like some Christian narrative fresco pictorialized on the church wall. I try to remember that media today tells a story.

My work is a satire, but I'm not going to try to convince you of that. At this moment, there are serious ideological and religious conflicts in the world. I believe more than any other reason it is because of the way we frame and stage images. That is what we buy, what we make, what we exchange, what we see, what we want, and what we don't have but what's most important, is what it means.